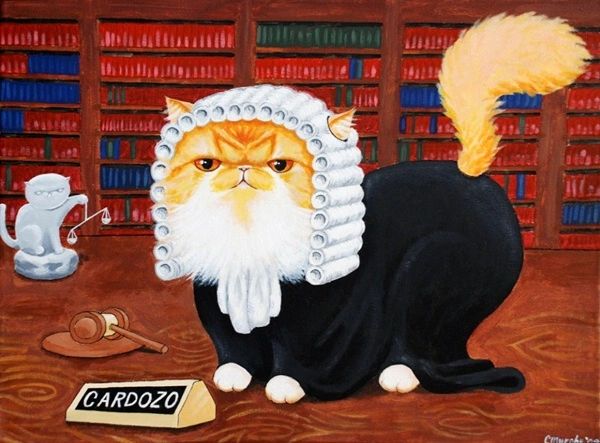 Get to know our wonderful Region#1 Judges.

Along with her husband Pierre, established Cha-o-P’ya Cattery in 1994 – a small cattery, breeding exclusively Siamese. Due to careful breeding they have improved their Siamese with successful results including two regional winners, seven DM’s and 45 Grand Champion & Premiers.

While successfully breeding Siamese for 13 years, Lorraine moved up the ranks working as a ring clerk and then as a master clerk. She was accepted into the judging program and as a shorthair trainee in 2007. In order to advance in the program, Lorraine knew that she’d have to work with other breeds. Over the next four years, Lorraine worked with and had living with her, a Chartreux, a American Shorthair, a Persians, an Exotic, a Maine Coon as well as agented an Abyssinian, a Japanese Bobtail and a Birman. All of which she showed to their Grand Champion titles.

In May 2008 Lorraine was advanced to shorthair apprentice. After working in that area and becoming an approved shorhair judge, she was accepted as a longhair trainee in 2010. In February 2011 Lorraine was advanced to longhair apprentice which approved her to judge double speciality.
Having retired after 42 years as a financial advisor and mortgage originator in a Montreal bank, Lorraine is free to apply all her energy and dedication to CFA.

Our current Regional Director, Sharon Roy, has been a CFA Judge since 1989, but showed and judged in CFF (the Cat Fanciers’ Federation) for many years before that.

Sharon and her mother, the late Norma Roy, bred Tonkinese under the Shanfoo cattery name and have made a major contribution to the history of the breed through the following:

While working her way through the judging program, Sharon showed Norwegian Forest Cats, Turkish Angoras, Himalayan and a Siamese. She has judged in all 9 regions of CFA as well as the International Division, served as the CFA Ombudsman for 8 years, and is currently a member of the Judging Program Committee. She has also served a total of five terms as NAR RD and is working on a sixth.

Actively breed and show Oriental Shorthairs
CFA judge for more than 20 years
Served on CFA’s judging committee, including as its Chair

I actually started with Siamese cats in 1973 when I purchased a cat from Ms. Jeannie Singer, Singa Cattery. I went to a show in NY and immediately wanted to buy a Siamese, after all there we so many being shown. I was advised to go see a women who lived in Manhasset, LI hoping she would put me on the right path to showing. I asked my Mom to go with me, I had no idea about Manhasset. Making this short and to the point Ms. Singer grilled me for what seemed to be hours on the breed and her expectations. When finally I was told to call her in a few weeks. I did over and over, finally she answered the phone. She had a litter and there was a  pet kitten in it and would agree to sell it to me for a fair price ($50) and I accepted. Her contract was like I was buying a house but I agreed. I could never show the kitten that was part of the agreement, but she would permit me to breed it to only one of her cats. If and only if she approved of any of the kittens being show quality would I be able to show it. Unfortunately I was accepted to college and just spayed her, with Jeanne's approval.

I then reappeared to showing CFA with Himalayans and Persians and registered my cattery with my partner Anthony in 1988. Since that time I have bred and shown several breeds to include Persians, Exotics, Norwegian Forest Cats (Breed Counsel Member) Main Coons, Birmans, Russian Blue (Breed Councel Member), Sphynx, Orientals, Abys and Manx. We have produced multiple GC's, RW, DM's and several NW's. I am a member and president of several show producing clubs. I have been a Regional Director and past member of the CFA Board of Directors. To sum it up I am all about breeding and showing pedigree cats in CFA. Entering and being a judge was a challenge and it has become a dream come true. Every day I step behind the judging table I am thrilled and honored to handle those beautiful cats!

I have wanted to judge cats ever since I attended my first cat show back in 1988 and got to see “that lady with the funny cat glasses*” final my first Russian Blue show kitten. My original cattery “Silverlock” was named after a science fiction/fantasy novel and was founded with my first husband, the late Robert Hoffman. We concentrated on Russian Blues and Turkish Angoras. While preparing for the judging program, I bred Oriental Longhairs and showed Persians, Birmans, American Shorthairs, Abyssinians and Manx.


When I met Bob Zinck, who is now my second husband, and lured him into the
cat fancy, we established a new cattery, “Folie a Deux” (a French psychological term referring to a disease/delusion shared by two people :-).  Our primary focus is bicolor Turkish Angoras and we are proud to have produced the breed’s first two bicolor National Winners, as well as a number of breed and regional winners. We began working with Siberians in 2008 and have achieved several regional wins with them. More recently, we have fallen in love with Japanese Bobtails, showed a shorthair girl to grand this past season and plan to show a longhair JBT at some point in the future.


I was first licensed as a LH Apprentice Judge in 2003. Over the past 17 years, I’ve had the privilege of judging in every single region of CFA (including Japan) as well as several locations throughout the
International Division, and it’s been a wonderful trip indeed.


* For you newbies, I’m talking about Marilyn Cruz.

A life long resident of the central Pennsylvania area, living the past 43 years in the states capital Harrisburg. She lives with her husband of 19 years, Dan, and their cats 1 Birman (spay) and 7 Bombays and a rambunctious French Bulldog. Jeri had retired after 31 years of state employment, 20 years with the states parole board dealing with inmates and parolees. She is currently self-employed in a "Girl Friday" position.

Euphoria Cattery was registered with CFA in 1977 when Jeri began breeding Siamese, then Oriental Shorthairs, Bombays and Burmese. In 1994 Jeri got her first Birman. Jeri has also bred Persians (tabby) and Maine Coons, and has exhibited Cornish Rex, American Shorthairs, Japanese Bobtails, Abyssinian and Korats, including numerous Regional and National winners. She no longer breeds Birmans, but has re-entered the world of Bombays, her heart breed.  She has a small Bombay breeding program that has done incredibly well.

In 1993 Jeri entered the CFA judging program. She has judged all over the continental United States and has been fortunate to judge throughout Europe, Canada, Russia, China, Hong Kong and Australia. Jeri has been the Bombay Breed Council Secretary for the past 4 terms.  She remains active as a judge mentor and instructor at the BAOS (judging school).

Gary has been a CFA Allbreed judge since 1988. Serving as a judge for over 30 years starting out in Michigan and then in 2000, relocating to New Jersey. In the past he has served for four years as a Director at Large for the CFA board. He has service of more than 35 years in the CFA clerking program and currently holds a Master Clerk Instructor license.


Along with his partner Omar Gonzalez with the Cattery names Briar-Mar and Veach, they have produced over forty CFA National winners in the breeds of Persian, Oriental Shorthairs, American Shorthairs. In addition to the previous mentioned breeds, they have also produced many regional wins in the breeds of Cornish Rex, American Wirehairs, Siamese. They have produced many Distinguish Merit award winners in these breeds as well. GRC RW Briar-Mar’s Goldeneye of Veach is the first DM and highest producingAmerican Wirehair male to date. NW GRC Candirand’s Lasting Impression of Briar-Mar was a black Persian male who produced over twenty three CFA Grand Champions, five of which went on to become CFA National winners themselves. Many of their Persians are sires and dams of several cat of theyear in both championship and the premiership classes. Gary and Omar received CFA second best cat in Premiership award for NW GRP Romanxx Rock Star of Briar-Mar, a brown patched tabby and white Manx. They started breeding Manx and continued achieving National winners in that breed.  Including Cat of the Year GRC NW BW Briar-Mar Good to be Me. Two Kittens of the Year, GRC NW BW Briar-Mar Absolutely Fabulous and GRC NW BW Briar-Mar Ready Aim Fire. Premiership Cat of the Year GRC GRP NW Briar-Mar Mockingjay. This last show season achieving Cat of the Year again with GRC NW BW Mistysprings Arctic Storm.


Along the way they achieved many National winning kitten awards. Gary is a member of several CFA clubs and was the co-show manager of Garden State Cat Club’s show in July of 2011. He has judged in many countries including Australia, New Zealand, Tasmania, Mexico, Canada, Russia, Ukraine, Finland, Sweden, Austria, Estonia, Germany Spain, Italy, Malta, Japan, Malaysia, Indonesia, Philippines, China, Belgium and the Netherlands. He has guest judged for Fife, Rolandus, and WCF in Russia and Spain.. He has guest judged for CCAin Canada.


He has judged many of CFA most prestigious shows like the CFA International show and CFA’s breed showcase show held in Madison Square Gardens in New York city. He has been the best of the best judge manytimes at both of these highest attended shows.

Prior to becoming a Judge, Russell was a licensed Clerk and Master Clerk. As a clerk, he admired how the Judges worked with the cats and became interested in learning more about the judging program. Russell applied to the Judging Program in 2008, he got accepted and began his training. His first judging assignment was as a shorthair judge at the Garden State Cat Show. Russell is a member of several CFA clubs and has been involved in show production and has experience in all aspects of show management.


Russell has had invitations to judge the distinguished CFA International
Show, the Food and Water Bowl and Cotton States. As an Allbreed Judge Russell has judged at many shows throughout the U.S. Russell's judging assignments has taken him all over the world. And has also included several guest judging assignments in Australia, Canada and Europe. Russell looks forward to judging CFA shows and also being involved in
other aspects involving CFA functions.